You are here: Home1 / Street Art

David Collins might be best known for his street art, much of which was done without permission from local government. One of his first public pieces was a swan drawn with chalk on one of the sidewalks downtown, used as an advertisement for the 2013 Chalk Festival. Come the next morning, the art was pressure washed away. The reason? When the work isn’t pre-approved, there’s no way to distinguish between art and graffiti.

This prompted Collins to react several weeks later, drawing an 8X12-foot copy of Van Gogh’s Starry Night, one of the most famous pieces of art to exist, on a downtown sidewalk. In theory, there should have been no question whether this well-known painting was art or not. Clearly, a copy of a piece that hangs in a New York City museum is art. Not necessarily. Collins found that his version of Starry Night was pressure washed by the next morning. 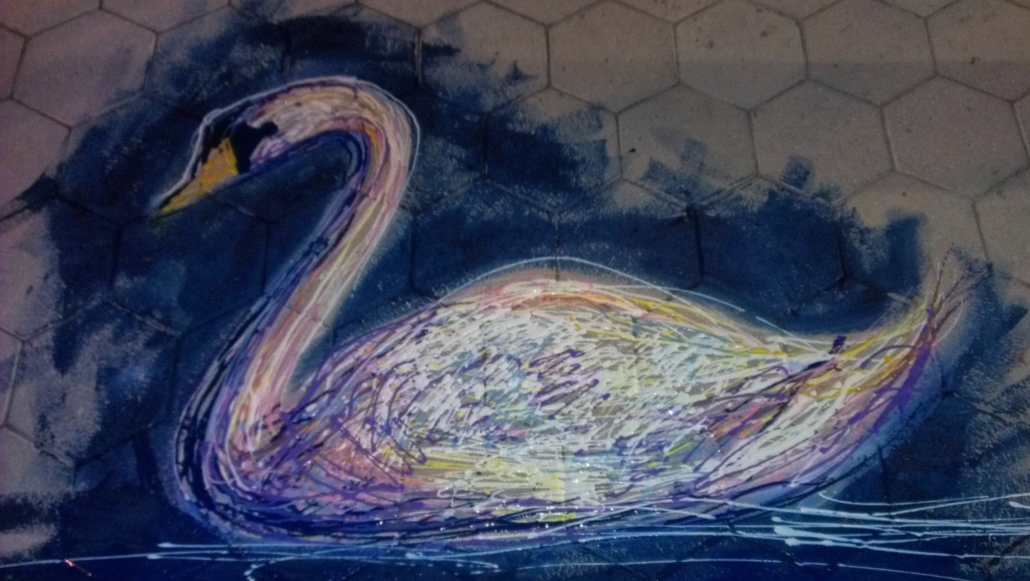 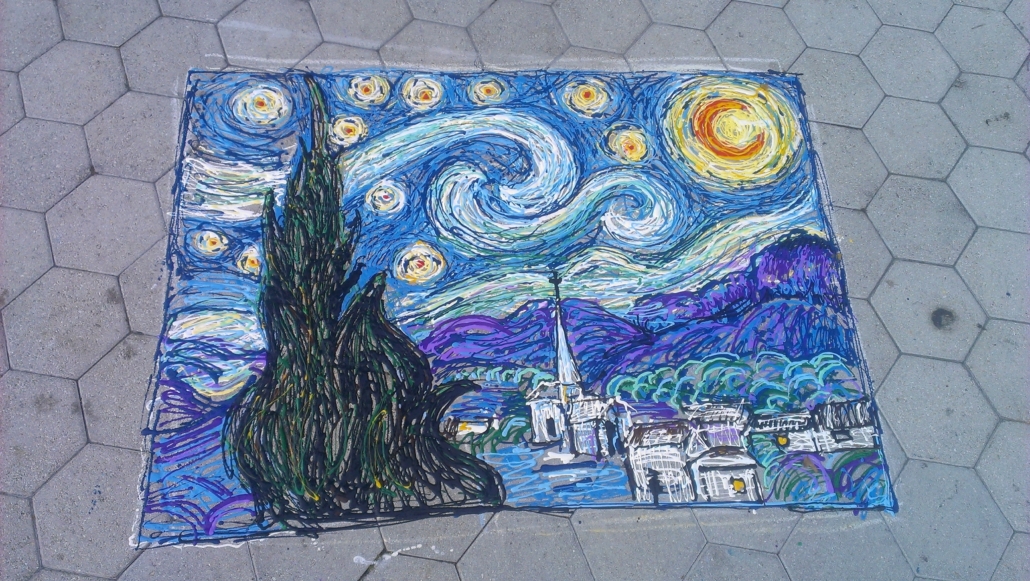 Unfortunately for local government, this only pushed David to do even more. Along with several other people, he wrapped downtown light poles with plastic wrap and the proceeded to paint them with bright colors. The following day, he began to paint designs on top of the base colors, starting with some poles near a Jimmy Johns. By chance, a college girls’ soccer team from Milwaukee was eating at the restaurant and wanted to help. This caused the project to spread even further through social media, garnering many positive reactions from both Lakeland residents and college students from Wisconsin. While local officials were not as happy with the project, this became a turning point for Collins’ public work. Instead of being told to stop, he was instead told to inform the local government before starting any public art pieces.

This led to making work with Lakeland government’s permission. His first “legal” public art piece was the giraffe tree in Munn Park, which eventually led to even more public projects. Another one of his public pieces was done in collaboration with Art in Transit, a grant controlled by the Transit Authority. The process for the painting involved stretch wrap (a reoccurring theme in many of Collins’ projects) being wrapped around two palm trees at the downtown Lakeland bus stop, creating a large canvas. Once the stretch wrap canvas was up, he began painting a colorful landscape onto it. The piece remained there for about a year.

Another of Collins’ favorite pieces is a giant hand holding a bouquet of flowers. This sculpture was first formed with chicken wire and then covered in stretch wrap, a technique the artist is wanting to revisit soon. Finally, it was painted and hung up on a building in the Dixieland area. It remained there for about a year. 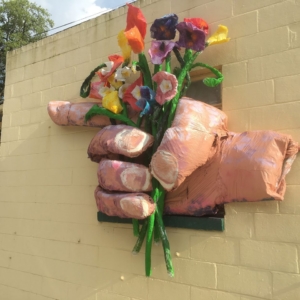 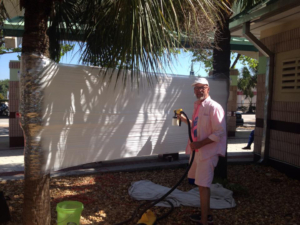 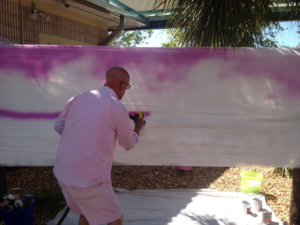 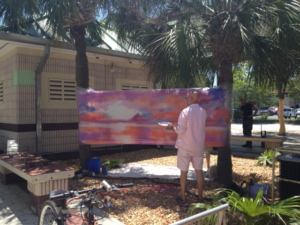 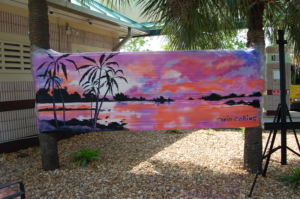